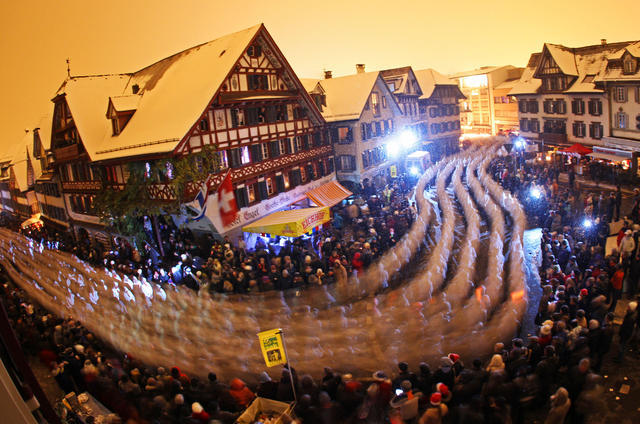 Almost all of Switzerland celebrates St Nicholas Day (December 6) on some level, but nowhere is it more colorful and unforgettable than in the village of Küssnacht near Lucerne. On December 5, (the evening prior to St. Nicholas Day) a remarkable processional known as “Klausjagen” (“Santa Chasing”) wends its way through the cobblestone streets of this medieval town on the shores of Lake Lucerne.

A Procession in the Dark

The event begins at 8:15pm when Küssnacht shuts off all its lights and plunges the awaiting crowd into complete darkness. Costumed helpers move the crowd back and the loud whipcracking begins. Dozens of local farmers lead off the six-stage parade snapping their longs whips along the route producing a explosive sound louder than a firecracker. Next come the iffelen, hundreds of large illuminated hats (some over 7 feet tall) cut into intricate patterns illuminated from within by lit candles. They glisten like walking stained glass windows. The men and boys in white robes balance these pieces of religious-themed artwork on their heads and spin down the parade route to the adoring cheers of those along the parade route. 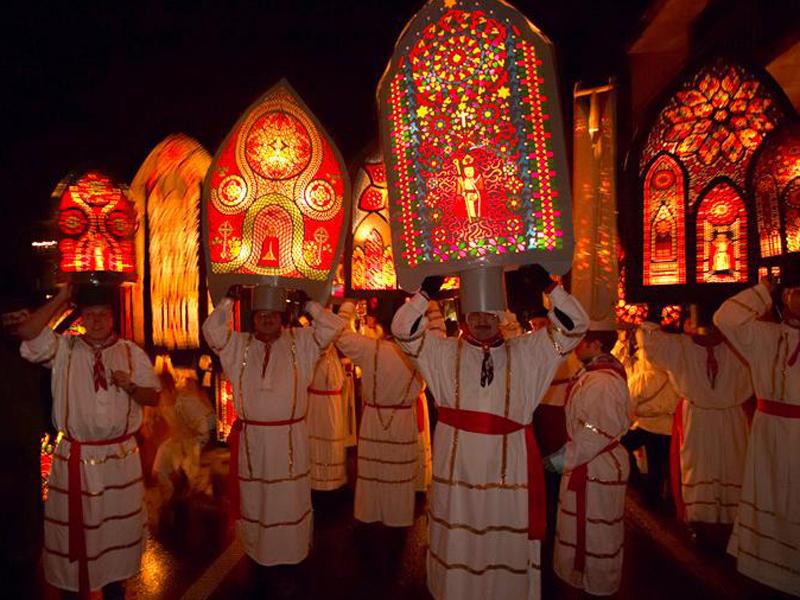 The Arrival of St. Nicholas

Then comes St Nicholas and his four attendants, followed by a marching band playing the Santa song (about six notes long, repeated over and over) the ringing of the almost deafening trychlen bells (loud ceremonial bells) and the tooting of cow horns. The traditions, many centuries old, were designed to drive away evil spirits at the darkest time of the year.

The Klausjagen celebration and procession has its roots in in pre-Christan pagan tradition. Because it was unruly and noisy it was frowned upon by the Church and banned by local authorities in 1756. But the tradition re-emerged in the late 1800s with a more Christian focus as participants wearing illuminated mitres were added to an organized parade. Now the parade draws over 20,000 visitors a year for this single-night procession and festival through the streets of Küssnacht each December 5. 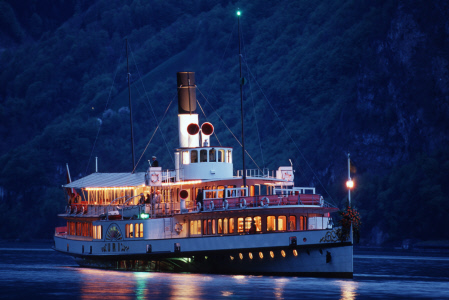 How to Experience the Klausjagen

Klausjagen is an unforgettable and included feature on Alpenwild's Christmas in Switzerland tour. It begins with a cruise on Lake Lucerne with a fondue dinner. Once in  Küssnacht, you'll be on hand to enjoy this purely authentic and unique celebration, before taking the boat back to Lucerne. 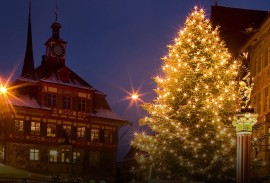 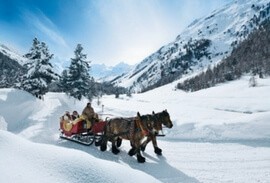 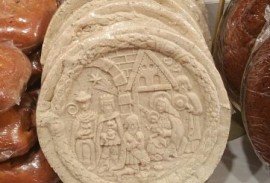 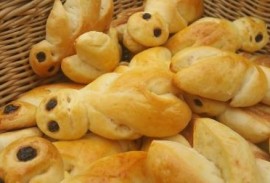